Badou Jack suffered a horrific head injury during his defeat by Marcus Browne at the MGM Arena in Las Vegas. 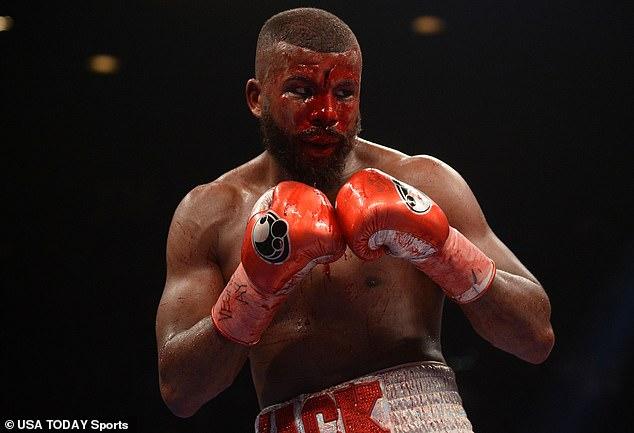 The pair clashed heads in the seventh round, with Jack coming off worse from the incident

The match-up was the billed as the best fight on the undercard of Manny Pacquiao’s WBA welterweight title defence against Adrien Broner, but things took a nasty turn in the seventh round when the pair clashed heads.

Browne came up unscathed but the collision caused the Swedish boxer’s forehead to burst in the middle. 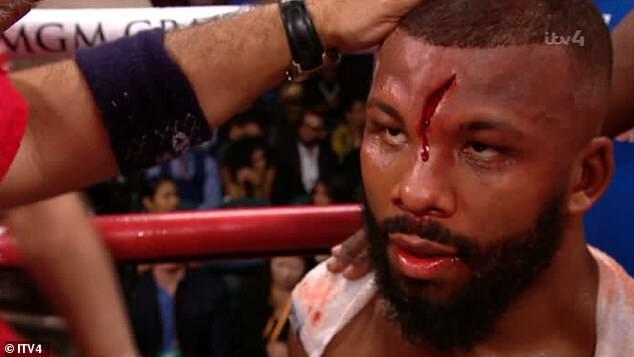 The referee called a timeout for the wound to be seen to and it was deemed the injury was not severe enough to stop the fight.

Later on however, the gash worsened when the unbeaten Browne connected with an uppercut. Immediately Jack stopped, but once more, after another timeout, it was agreed he could continue. 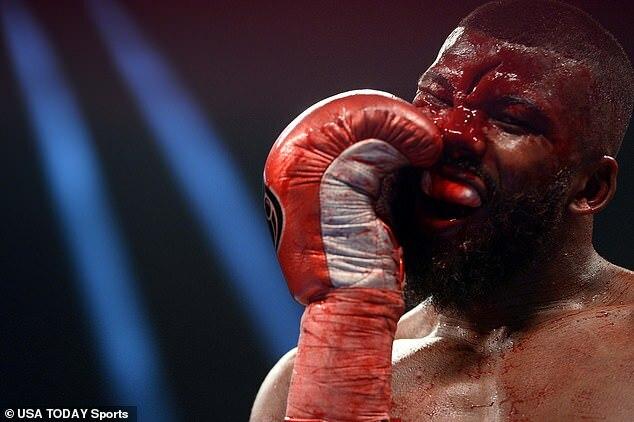 The injury caused severe problems for the 35-year-old as the fight continued and he was barely able to see for the blood pouring out of the wound, with one commentator suggesting it appeared he was wearing a ‘crimson mask’. 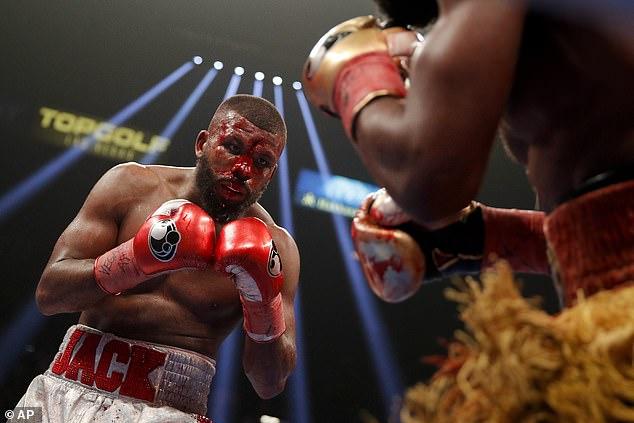 He persevered and carried on to finish the fight, but was taken straight to hospital afterwards

By the end of the fight, referee Tony Weeks’s sleeves were dark red after he had had to break the pair up so many times, while Browne was also covered in his opponents blood.

One of the pundits commented that blood had splattered on to the broadcasting tables during the final such was the volume. 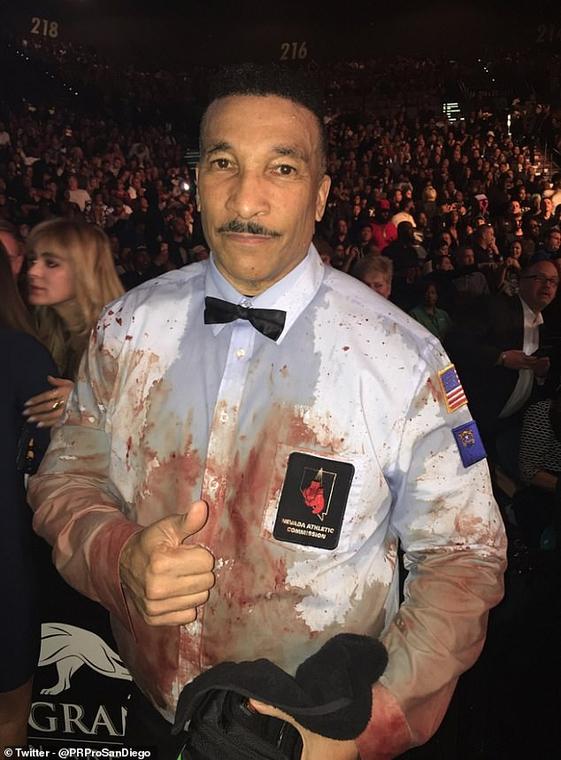 Jack did not conduct any post-match interviews, instead of heading straight to the hospital to have the injury tended to. 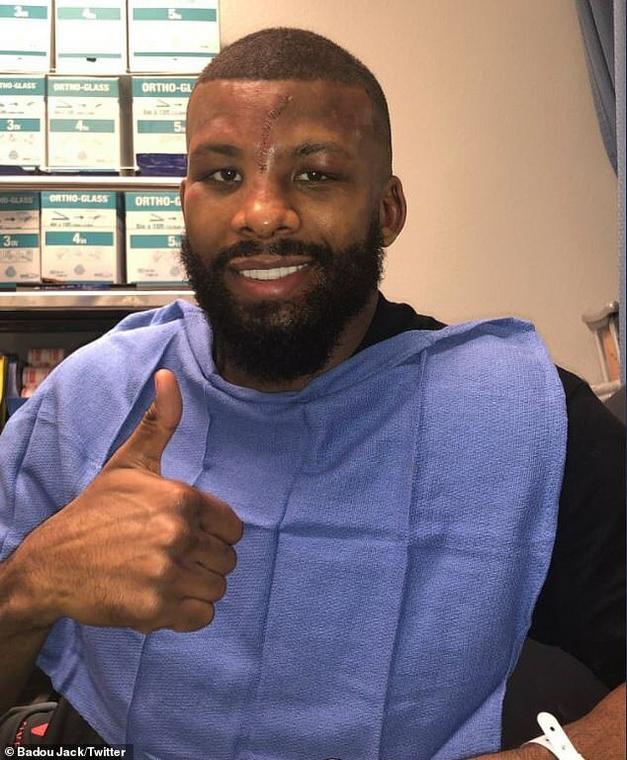 On Sunday Jack thanked fans for their support, insisting ‘The cut was a nasty one, but Iâ€™m fine’ 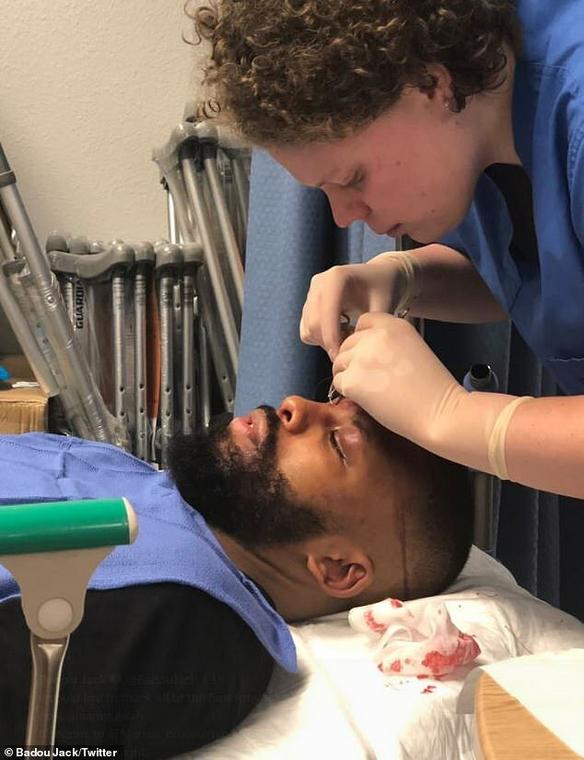 Kane to stay at Tottenham after failed Manchester City bids